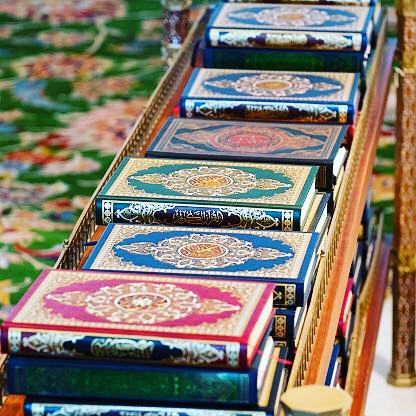 Posted at 15:45h in Reflections by Rayhaanah 0 Comments
0 Likes
Share

Earlier this week, I ordered a Taxi and stood aside at the lobby awaiting its arrival. As soon as the journey began, , I noticed that Qur’an audio was playing and there was such a serene, calm atmosphere. Unbelievable! I looked up, realising that the driver was softly reciting along with the audio, word for word, as we navigated the busy streets of the city centre. Something made me ask: “Excuse me brother, are you memorising or revising your Qur’an lesson?” He was reluctant to answer. And humbly replied: “I’m doing my daily Muraja’ah (revision/dhor), sister.” Upon further enquiry, I learnt that he had completed memorization of the entire Qur’an at the age of 7! Both his parents were huffaadh. His mother was his teacher. She was also the teacher to his 5 other siblings, all of whom completed memorization at the same age. I thought about how fortunate she was to have invested in her Jannah, and of how blessed she was to be chosen to guard the Qur’an and then raise a generation of Qur’an bearers! As my journey came to an end the taxi driver said : “Qur’an makes me happy, keeps me near Allah, Qur’an is enough for me, it’s all I need. ” The remarkable thing about meeting people of Al Qur’an, is that often they don’t need to identify themselves, there is just something different about them…you just know – it’s difficult to explain.
Light upon light.

Today I share this story and sentiments, so that we may all benefit from a young adult who, truly, belongs to Ahlul Qur’an (family of the Qur’an). Imagine this family, on the Day of Reckoning, all 8 of them, preparing to enter gardens beneath which rivers flow.